The History Of ISA 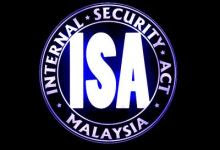 Preventive detention first became a feature of the then Malaya in 1948 primarily to combat the armed insurgency of the Malayan Communist Party during the Malayan Emergency. The Emergency Regulations Ordinance 1948 was made, following the proclamation of an emergency, by the British High Commissioner Sir Edward Gent. It allowed the detention of persons for any period not exceeding one year. The 1948 ordinance was primarily made to counter acts of violence and, conceivably, preventive detention was meant to be temporary in application. The emergency ended in 1960 and with it ended the powers contained in the that ordinance as it was repealed. The power of preventive detention was however not relinquished and in fact became an embedded feature of Malaysian law. In 1960 itself, the government passed the Internal Security Act under Article 149 of the Malaysian Constitution. It permitted the detention, at the discretion of the Home Minister, without charge or trial of any person in respect of whom the Home Minister was satisfied that such detention was necessary to prevent him or her from acting in any manner prejudicial to national security or to the maintenance of essential services or to the economic life in Malaysia. The ISA is one of the most controversial Acts enacted under Article 149 of the Malaysian Constitution.

Section 8(1) of the ISA provides that ‘(i)f the minister is satisfied that the detention of any person is necessary …’ then s/he may issue an order for his/her detention. The three grounds given in Section 8(1) upon which the order may be based is where a person has acted in any manner prejudicial to the:
a) security of Malaysia or part thereof; or
b) maintenance of essential services; or
c) economic life.

The power to detain seems to be restricted by Section 8(1) to a period not exceeding two years but the restriction is really illusionary because, by virtue of Section 8(7), the duration of the detention order may be extended for a further period not exceeding two years and thereafter for further periods not exceeding two years at a time. The extension to the detention order may be made on the same ground as those on which the original order was based or on different grounds. In delivering the judgment of the Court, Steve L.K. Shim CJ (Sabah & Sarawak) in Kerajaan Malaysia & 2 Ors. v Nasharuddin bin Nasir (2003) 6 AMR 497 at page 506, has accepted that under Section 8 of the ISA the Minister has been conferred powers of preventive detention that ‘can be said to be draconian in nature’ but nevertheless valid under the Malaysian Constitution. In addition, preventive detention is also now allowed by the Dangerous Drugs (Special Preventive Measures) Act 1985 and the Emergency (Public Order and Prevention of Crime) Ordinance 1969. The Human Rights Commission of Malaysia (SUHAKAM) has recently recommended that the ISA be repealed and replaced by new comprehensive legislation that, while taking a tough stand on threats to national security (including terrorism), does not violate basic human rights.

Article 149 of the Constitution of Malaysia under which a person may be detained is characterised by subjective language. Such terms as ‘substantial body’, ‘substantial number’, ‘cause to fear’, ‘excite disaffection’, ‘promote feelings of ill-will and hostility’, all embody wide areas of discretionary interpretation.

Article 151 of the Malaysian Constitution gives to any person detained without trial (under the special powers against subversion) certain administrative rights. By the terms of Article 151 the authority, on whose order a person is detained, shall, as soon as may be, inform the detainee of the grounds of detention and the allegations of fact on which the order is based. The detainee shall also be given an opportunity within three months, of making representations against the order to an Advisory Board . The Advisory Board as the name implies is not a court. Its determinations are also mere recommendations that the government is under no obligation to accept. It may also be handicapped in its deliberations by the discretionary power of the government to withhold facts, the disclosure of which would, in the executive’s opinion be against national interest.

Any person may be detained by the police for up to 60 days without trial for an act which allegedly threatens the security of the country or any part thereof. After 60 days, one may be further detained for a period of two years each, to be approved by the Minister of Home Affairs, thus permitting indefinite detention without trial. In 1989, the powers of the Minister under the legislation was made immune to judicial review by virtue of amendments to the Act, only allowing the courts to examine and review technical matters pertaining to the ISA arrest.
Posted by AnakMerdeka at 7:34 AM 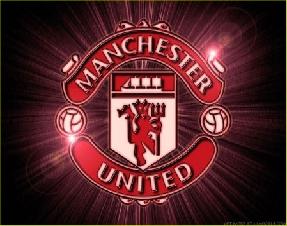